COVID Commerce: Do We Need a New Definition of ‘Local’? | Uberall

COVID Commerce: Do We Need a New Definition of ‘Local’ COVID Commerce: Do We Need a New Definition of ‘Local’

There are structural shifts going on in the economy. People are buying all kinds of things online that they never would have before the pandemic — including cars and even houses.

Those are extreme examples, but they reflect the acceleration of online buying across product categories. Every age group has increased online shopping. And believe it or not, large numbers of consumers are shopping online for the first time or buying goods online they never had previously. Groceries are an obvious example.

During Target’s first quarter earnings call in May, CEO Brian Cornell said, “[M]ore than 5 million guests shopped on Target.com for the first time, with more than 2 million [using curbside pickup].” During the same time frame 50% of Best Buy’s online orders were picked up at physical store locations. 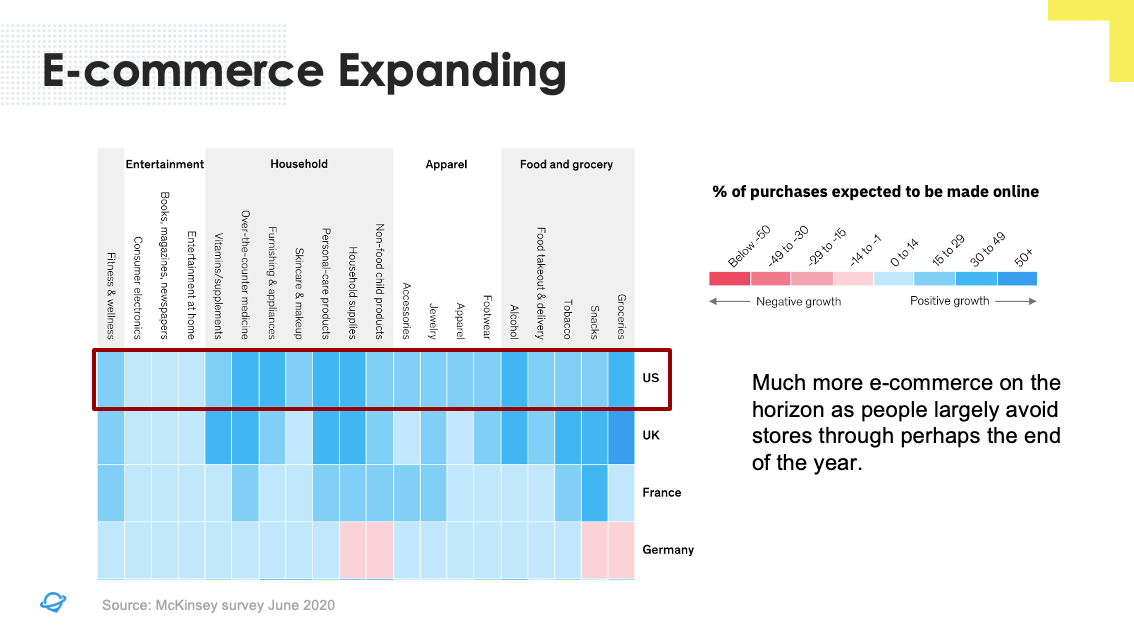 A May survey of 1,100 U.S. consumers by CouponFollow found that 95% of respondents were doing the vast majority of their shopping online during the first lockdown. That makes sense because there were few other options. But multiple studies have also found that people intend to continue with some or many of these new online habits, even as they’re eager to return to “normal” shopping (read: stores).

A kind of paradox has now emerged. Even as U.S. consumers are buying more online, they’re increasingly concerned about the economic impact of COVID-19 on businesses in their communities. According to the most recent Yelp economic impact report, 55% of the more than 130,000 small business closures on the site are now deemed permanent. It’s even higher in the restaurant category: 60% of restaurants on the site are permanently closed. 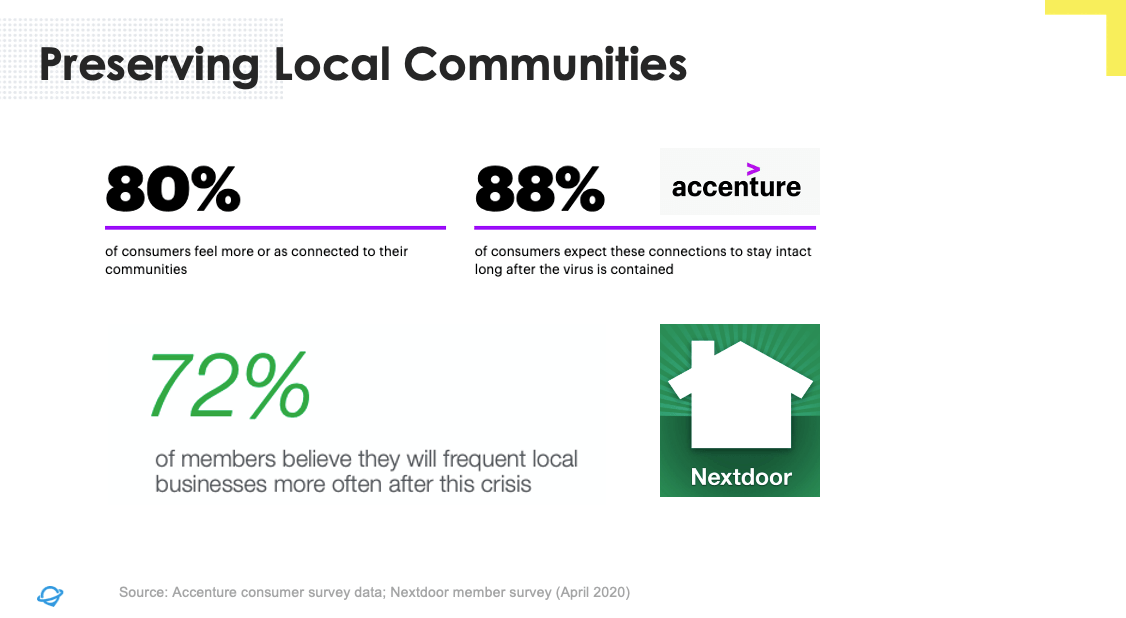 Several recent surveys have affirmed the idea that consumers feel more connected to their local communities as a result of the pandemic. According to an Accenture study, consumers expect “these connections to stay intact long after the virus is contained.”

A Nextdoor survey conducted around the same time found that 72% of respondents intended to “frequent local businesses more often after this crisis.” Hence the apparent paradox: a feeling of connection to and concern about local businesses against the backdrop of more online buying. The reconciliation of that seeming contradiction is consumer spending online with local businesses.

There used to be a bright line between e-commerce and “local commerce” (offline buying). Now the bright line is blurring, with the growth of buy-online-pick-up-in-store (BOPIS) or “click and collect.” It’s neither pure e-commerce nor truly an offline transaction even though it involves a store visit. It’s something else, a hybrid that contains elements of each.

Local and digital no longer opposites

Many people have historically equated “local” exclusively with small businesses. But Walmart, Home Depot, Target and Best Buy also qualify as local businesses because their stores are present in specific communities and they sell predominantly offline (or used to). I have thus been arguing for years to expand the definition of “local” to include large retailers and franchises, because their primary business is conducted in local markets.

At the same time, the relatively clean distinction between offline and e-commerce transactions is eroding. As more small businesses sell online or use tools such as online booking and ordering, the hybrid model is taking hold. Digital is now the starting point, while fulfillment is mostly offline (see, BOPIS).

This is largely academic. Because when consumers say they want to support local businesses they’re not making a distinction between offline and online buying. They’re typically looking at local ownership with the goal of retaining those businesses in the community. They’re mostly agnostic about the locus of the transaction.

The notion that “local” and “digital” are in opposition or contradict one another is now antiquated given the changes in the market. But that blurring complicates the definition of local going forward.

Should “local” extend to online transactions where merchants and consumers are in the same city? For example, if I sell an exercise bike on Facebook Marketplace to someone in my neighborhood, does that count as e-commerce — or local? Is the sight-unseen sale of a house using a virtual tour still a local transaction? What about online grocery ordering for in-store pickup? Is offline vs. online fulfillment (e.g., shipping) the defining criterion or is the transaction/payment?

As a basic matter, local spending on goods and services is at least two orders of magnitude larger than e-commerce. But local consumer buying now rarely comes without some form of digital-transactional engagement, such as online messaging, email, booking or payments.

I don’t have an immediate answer to the question of how to now define local. But we can no longer rely on the rigid analog vs. digital distinction of the past. And does it even matter anymore? Because it shouldn’t — to enterprises or SMBs.