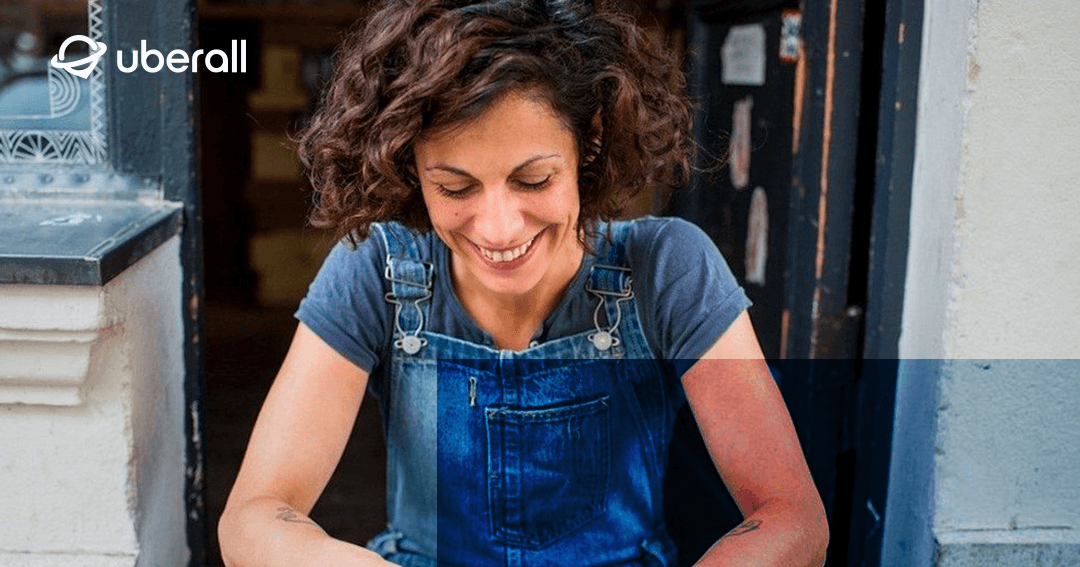 Since their founding in 2011, MARIA, which was known as New Deli Yoga until the beginning of 2019, has evolved from a small Berlin yoga café into a vegetarian/vegan restaurant and coffee shop. Their food ranges from elaborate brunch plates and high end experimental cuisine to cakes, fresh juices, smoothies and innovative cocktails. They serve meals from breakfast to dinner and prepare all dishes with fresh, predominantly locally sourced ingredients. The business also provides takeaways, catering, and hosts wedding receptions and other functions. Organic social media posts, word-of-mouth recommendations, and articles in local magazines helped to build the restaurant’s popularity. But after several years in business, they wanted to increase their foot traffic, and thus revenue, by boosting their online visibility and taking advantage of the research online, purchase offline (ROPO) effect. Maria Koimtzoglou, the restaurant’s owner—also a manager, cook, yoga teacher, and mother—didn’t have time for more social media and PR.

New Deli Yoga created a Google My Business (GMB) account in 2016 and began working with GMB Partner Uberall in October 2017. The agency started by managing and optimising the restaurant’s Business Profile on Google. Their Business Profile on Google appears when people are searching for a particular business or businesses like it on Google Search and Maps. GMB made it easy to create and update their Business Profile, so New Deli Yoga was able to stand out, share up-to-date business information, and attract more customers. The team used several GMB features to connect with their customers, including responding to reviews, uploading photos, and updating their store hours. The business received strong engagement from the profile on Maps as well. Koimtzoglou was delighted to discover that Google could gauge peak traffic times and report the most common keywords people used when searching for her restaurant. Going with GMB and Uberall brought more foot traffic and went so well that it inspired Koimtzoglou to evolve her business from a cafe to a fully fledged restaurant, and to change the name to “Maria.”

New Deli Yoga soon saw a considerable increase in positive customer ratings and photo uploads. They saw 146 percent more Search and Maps views in 2018 than in 2017, 33 percent more requests for directions to their location over that time, and 10 percent higher revenue. Their average customer rating is now 4.5 out of 5.0. The restaurant has appeared in Google Maps and Search over a million times since 2016, while customers have viewed nearly 200 posted photos more than 185,000 times.

What our customer says

“GMB has greatly enhanced the way I look after the digital presence of my restaurant. This has allowed me to drive foot traffic in the very competitive restaurant area of Berlin-Kreuzberg ”
Maria Koimtzoglou, Owner & Head Chef MARIA, formerly known as NEW DELI YOGA