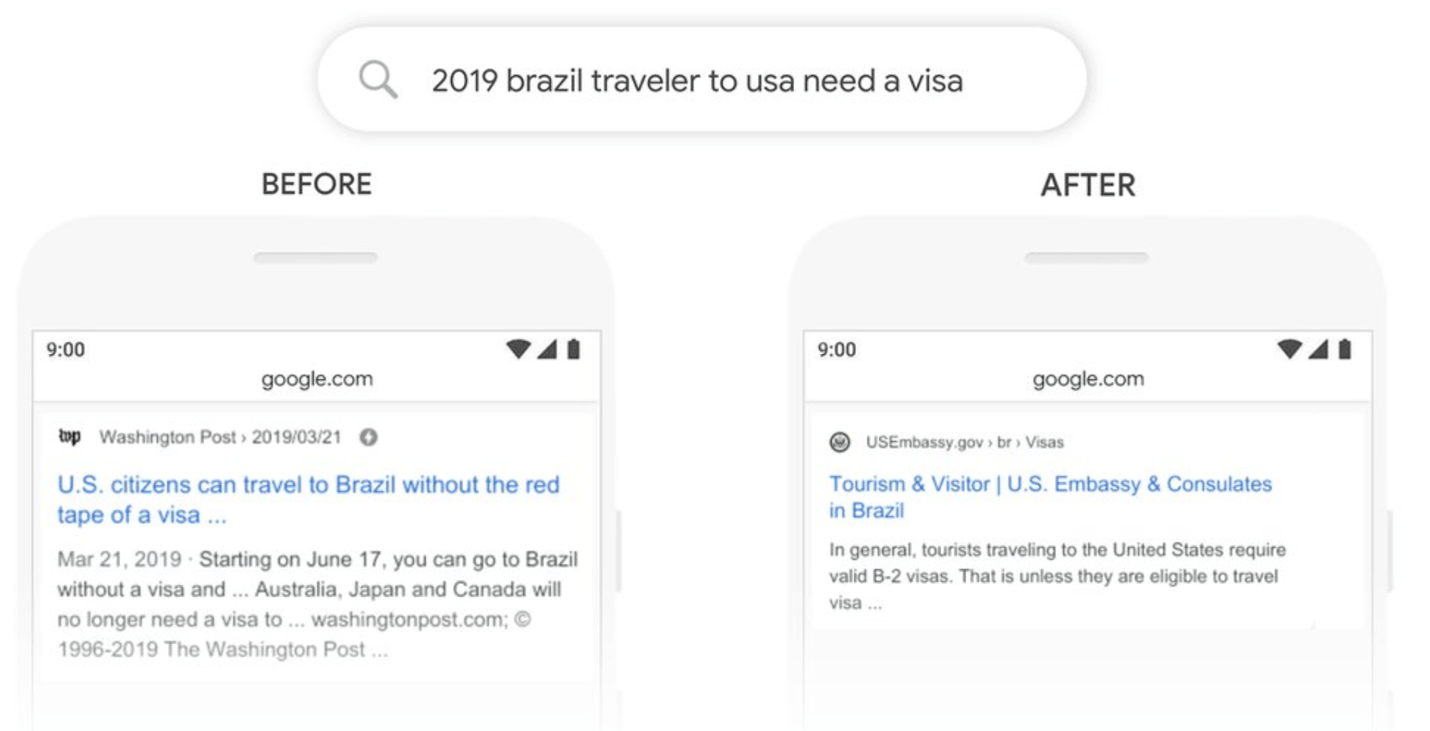 In the past Google might not have understood the real meaning of this query and shown results that relate to travel from the U.S. to Brazil (above left). The preposition “to” is critical to the intent of this query. BERT now gets it right (above right) and understands this is someone seeking information on travel from Brazil to the U.S. 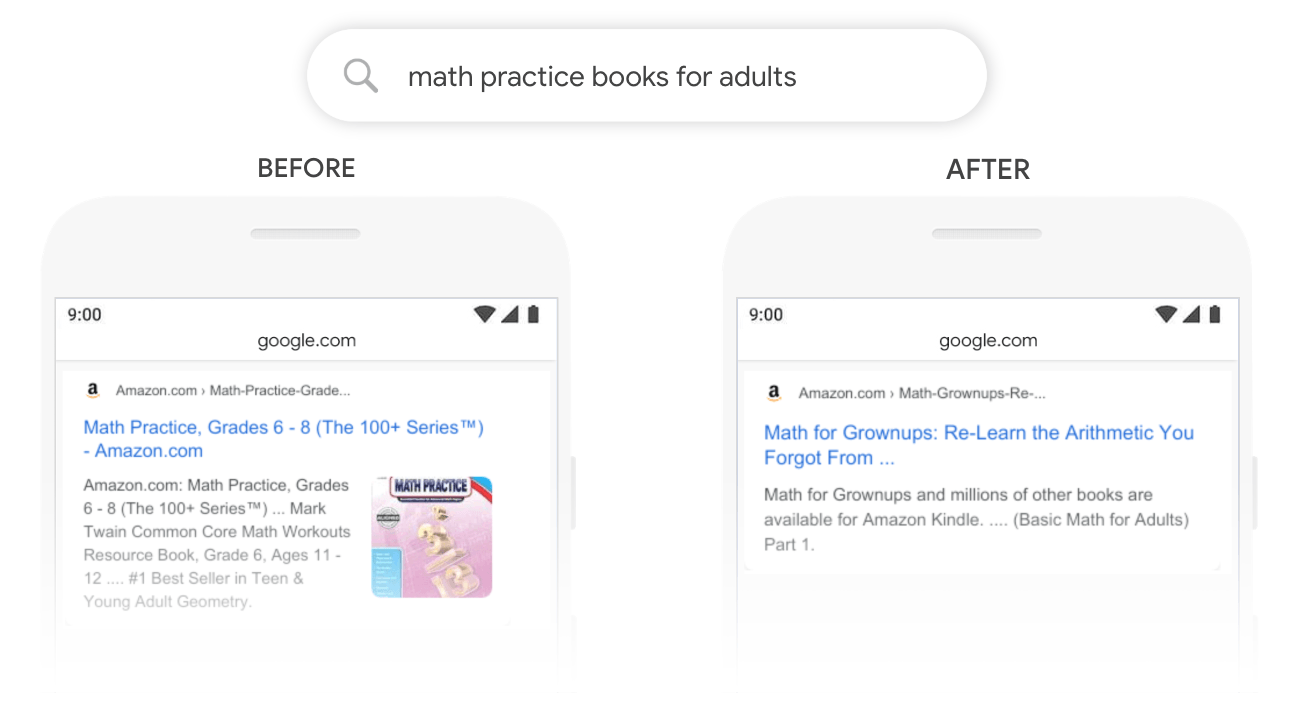 Google says BERT will be used for “longer, more conversational queries, or searches where prepositions like ‘for’ and ‘to’ matter a lot to the meaning.” Indeed, more queries are becoming “conversational” as voice input on smartphones and virtual assistants see more adoption. In 2016 Google said, “in the Google app, 20% of searches are now by voice.” Since then, usage of voice and virtual assistants have grown significantly, although Google hasn’t officially updated the number.